Nick Querques’ passion for agriculture grew from his childhood experiences assisting with wine making. As his goal was always to be involved in the Canadian agri-food industry, Nick pursued an education at the University of Guelph in food engineering. Upon graduating, Nick started his career in Western Canada working in the canola industry. He quickly realized there was a disconnect between the model culture and the health implications of this industry. He left his job and decided to come back to Ontario to start his own business in localized agriculture. He began a master’s program that focused on tree fruits and cider apples and how traditional and European style apples fare in Ontario climates. 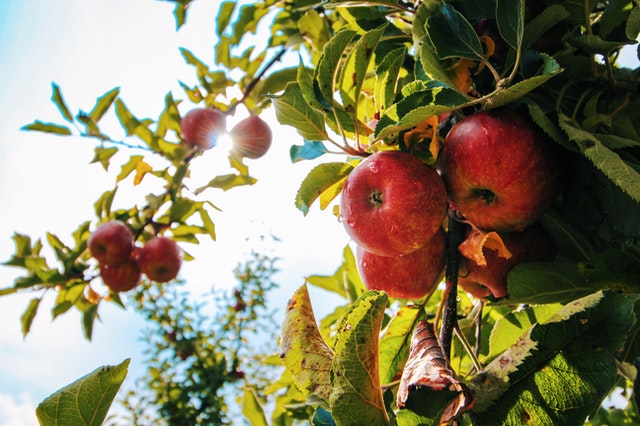 Wine and cider making with local ingredients have always been a hobby of Nick’s, as well as foraging and identifying plants and mushrooms that are native to Canada. He noticed that local cider producers requested these niche native plants that are difficult to cultivate, as well as alternatives to ingredients that are typically sourced internationally. Nick committed to finding a solution to these challenges and started growing native plant species last year.

With the COVID-19 pandemic causing a shift to a more localized economy, Nick’s business was in high demand from distilleries and beverage companies. He has been working with these producers to develop new recipes that use native plants in place of ones sourced internationally. For example: an Amaro producer that typically uses over 50 different herbs in their product worked with Nick to develop a recipe that uses mainly native herbs that are grown locally.

When Nick heard about the Seeding Our Food Future program, he knew that it was the perfect opportunity to scale his business. His project focuses on regenerative agriculture and native plant cultivation to transform soil on a field that is virtually lifeless. Forest soil typically has about 30% organic matter, whereas the soil on Nick’s field is around 0-3%. To begin this process, Nick partnered with local mushroom producer, Monaghan Mushrooms, to use their mushroom compost to fertilize the field. Mushroom compost is what is used to grow mushrooms on and is typically seen as a waste by-product with little uses.

Nick also prefers to use native species to restore the natural environment and uses native perennials and polyculture to minimize soil disruption. Native plants are becoming increasingly rare to the point that some are at risk of extinction. Nick notes that cultivating them is leading to reintroduction back into the ecological system. The benefits of polyculture are also important to Nick’s practices as monoculture is becoming an issue for the survival of bees and other animals. With acres and acres of one single crop-type, bees are no longer getting the proper nutrients and are required to travel further. Nick’s field has over 40 different species of plants that are all blooming at different times of year, thus helping to restore the fields to a healthier environment and supplying wildlife with native plants.

For Wild Grove, circularity is a cultural and social phenomenon. As Canada evolved into a multicultural society, the agriculture industry became increasingly secluded and focused on old farming practices of colonized crops. Agricultural practices are extremely hard to change as many farmers are generational and large amounts of money are put into traditional farming practices with many individuals averse to changing their ways. Nick believes that it is time for us to look at what native resources we have and to use them in place of their imported counterparts. The more Nick worked in agriculture, the more he realized the links between circularity and the local food economy. Nick highlights how in the past few years there has been significant research done with the identification of new, sustainable practices. It is imperative that farmers continue to change and develop with these practices. Nick’s goal is to help local beverage companies and restaurants utilize native plants and eliminate imported ingredients, while being an advocate for regenerative agriculture practices.

Photo 1 by Alicja Polski on Pixabay

Photo 2 by Tom Swinnen from Pexels