For our first installment, Vicky visits Jill Gill of Harcourt Communal Garden to learn about the new growing projects that are feeding our community. Below is their story, and a short video featuring the project.

When I arrived at the Harcourt Communal Garden on September 23rd,  Jill Gill, the garden’s founder and coordinator, welcomed me warmly. As the new Urban Sustainability Activator at 10C, I was excited to be introduced to this valuable community and urban agricultural space. Let me share with you their project, how they came to be, and how the Guelph-Wellington Urban Agriculture Challenge (GWUAC) is now part of their story!

The story of Harcourt Communal Garden

Harcourt Communal Garden was built in 2011 on a small strip of land at the back of the Harcourt Memorial Church. With the support of the church, the community, an anonymous $600 donation - and Jill’s dedication - the garden has been growing strong over the past ten years, and is a pillar of community rooted in circular food economic principles.

From the beginning, the garden was built using permaculture methods: the soil was created using the ‘lasagna method’ - cardboard, leaves and water; unplanted areas were covered with wood mulch from the City to prevent weeds from sprouting; sheep manure is regularly added as well as their own on-site compost; and kale, spinach and straw used to winter the garden and provide for a nice early crop the following spring. This spirit of thoughtful stewardship and care extends to how the produce is used - Jill and the garden team have grown 6,598 pounds of food to date for the Guelph community. Every harvest is brought to Chalmers Community Service Centre and distributed to local community members at no charge.

After 10 years, the garden is full with productive soil and a strong ecosystem of fruits, vegetables and herbs - but the infrastructure was due for an upgrade. The raised garden beds had degraded over time, such that they were becoming dangerous to sit on and a safety issue. The team had strong visions for a more innovative, creative garden, and GWUAC presented a great opportunity to revitalize the garden infrastructure. They applied in the fall last year for the GWUAC Shovel and Fork Award, and were the recipients of $2,000 to support their project.

With the funding from GWUAC, five major visions came to life:

The team purchased 10 cattle fencing panels for the garden, and used three for the tomatoes and one for the back of the garden. They arched and planted the trellises one Saturday morning, and since then, have been nothing but pleased by it.

The larger, stronger trellises hold the tomato plants much sturdier than their previously-used spiral stakes, and it helps lift the fruits higher for easier, more accessible picking, pruning, and weeding. More air and light are reaching the tomatoes, and a beautiful walkway has been created as well.

According to Jill,  these trellises have made the biggest difference for the garden, and she and her team can’t wait to try out their creative ideas for the 6 remaining panels. 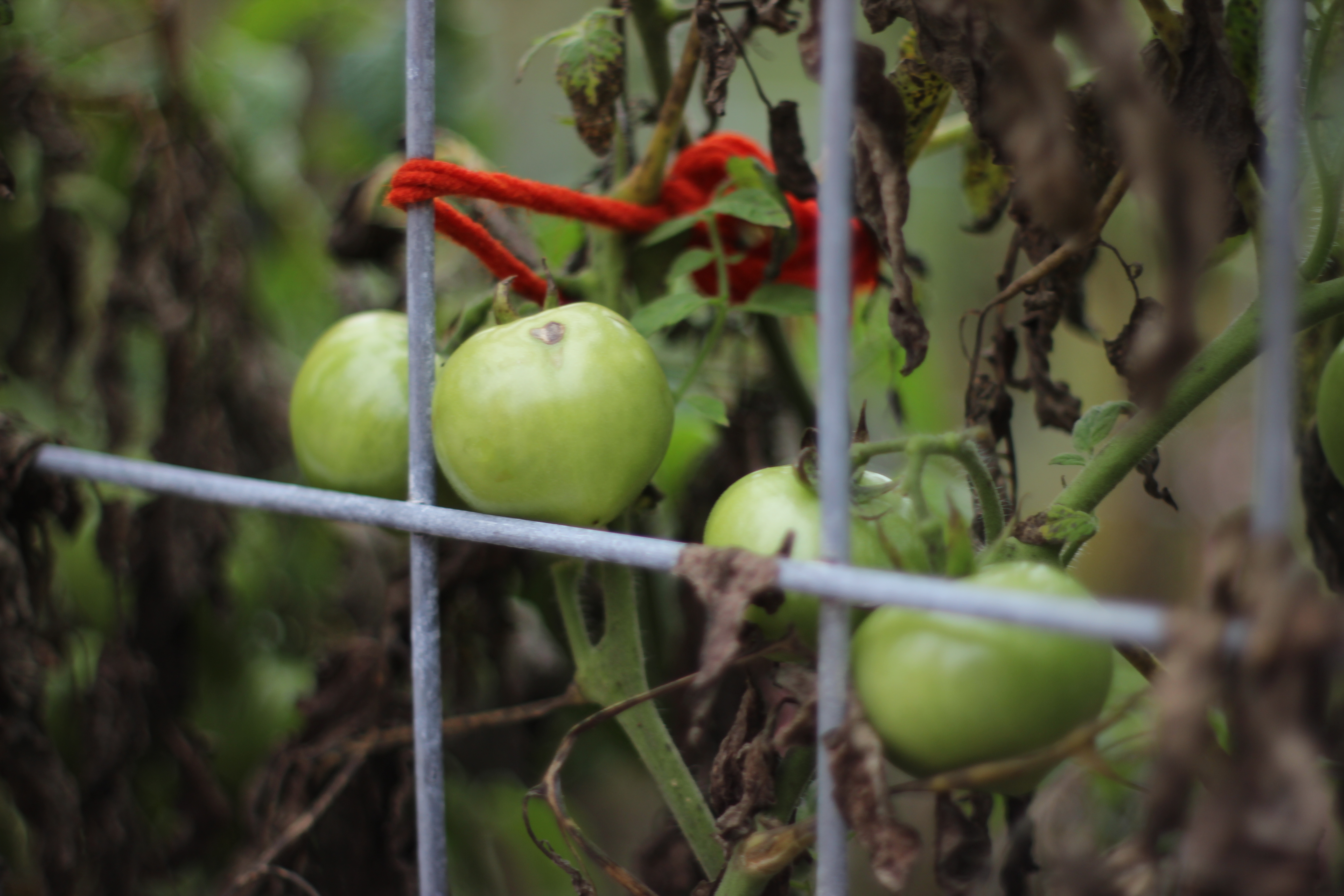 “These trellises have made the biggest difference for the garden. They helped us grow our tomatoes more easily and also healthier.”

2. Rebuilding of the raised garden beds

As mentioned earlier, after years of use, the three raised beds at the community garden had become fragile. With the GWUAC funding, they were able to buy new lumber and rebuild the beds. Hemlock wood was chosen for its rot-resistant properties, and the garden beds are now good as new again. The edges of the garden beds double as seating too, which is a great feature that increases their accessibility. 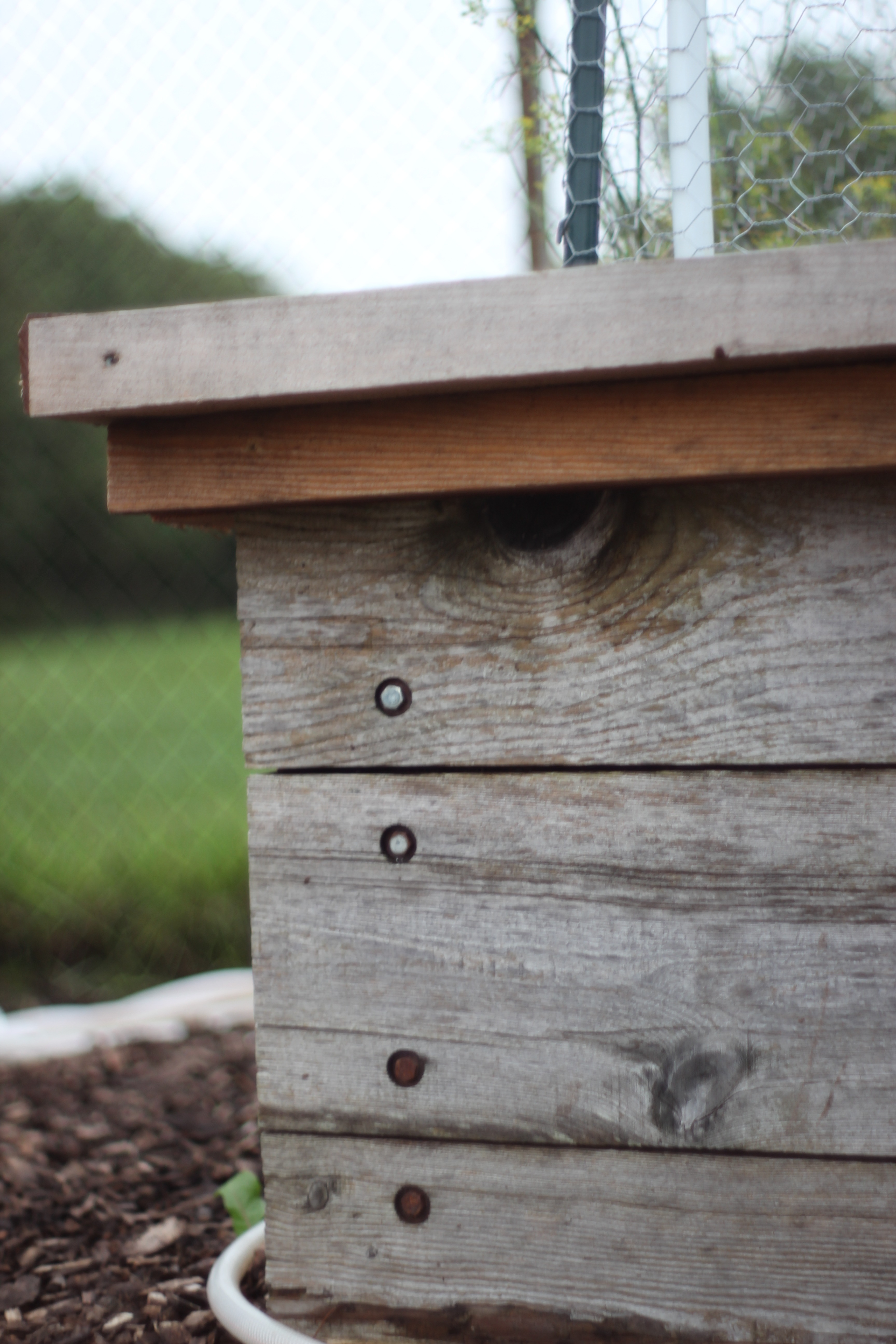 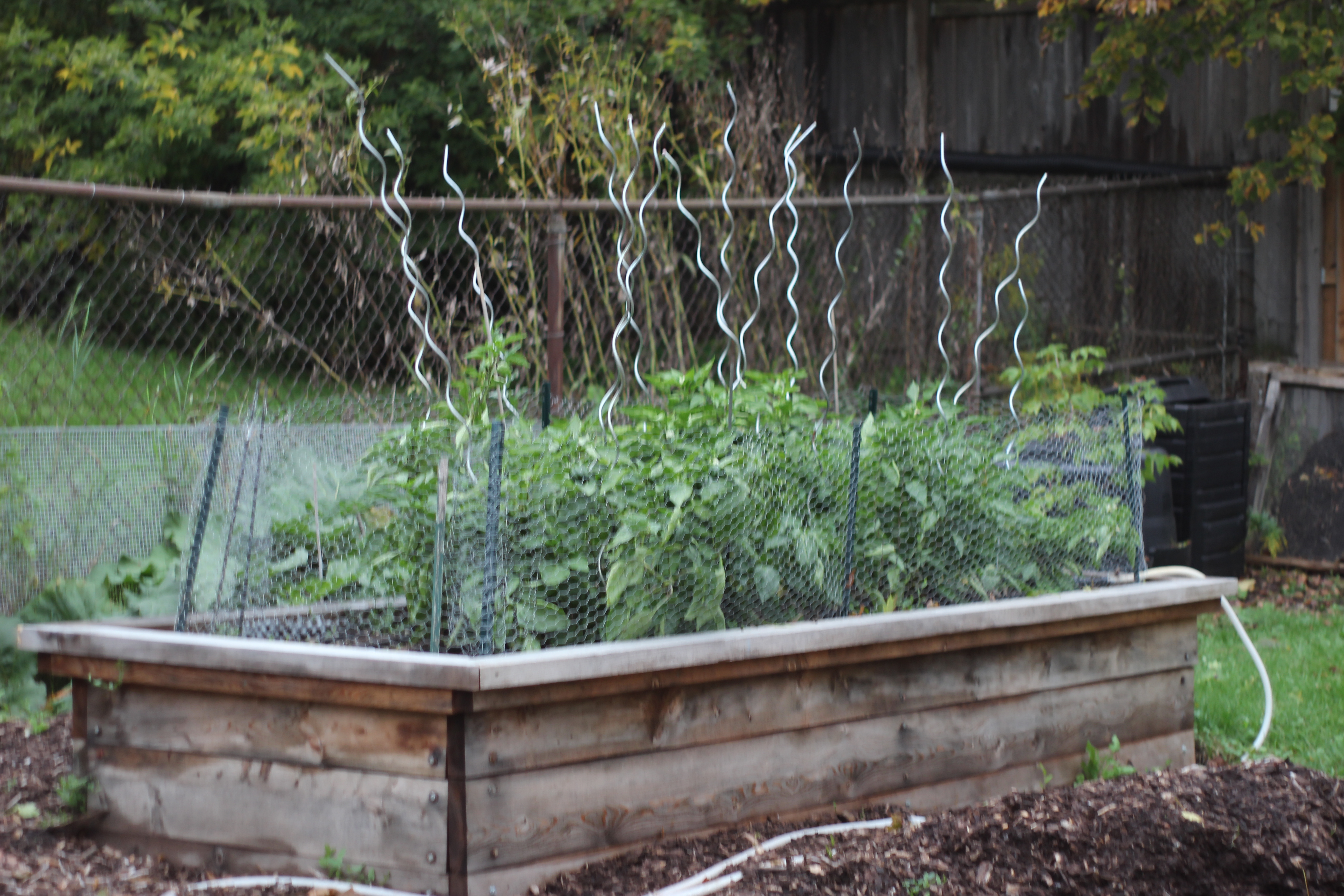 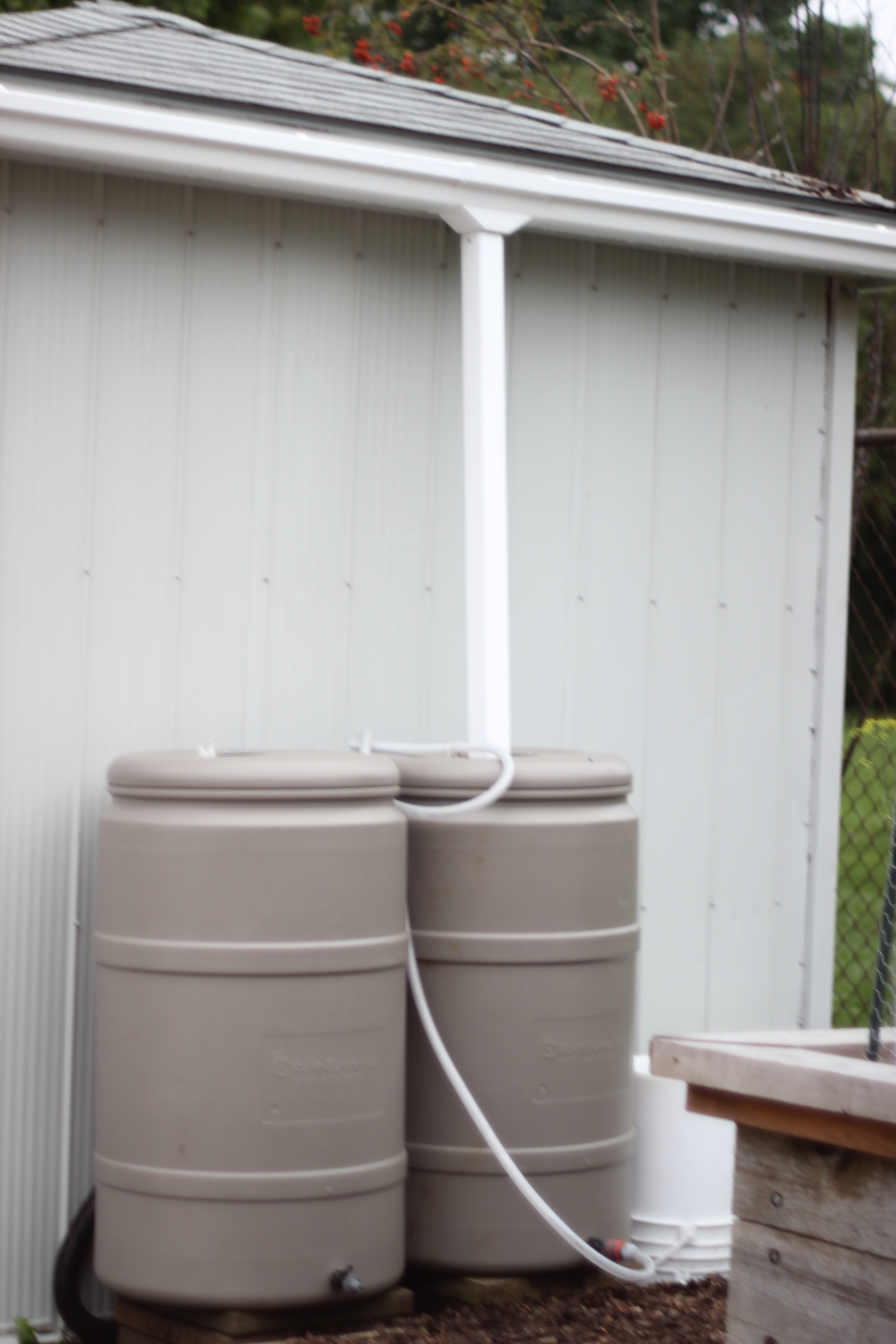 Another innovation added to the Harcourt Communal Garden is their drip-irrigation system in their garden beds! 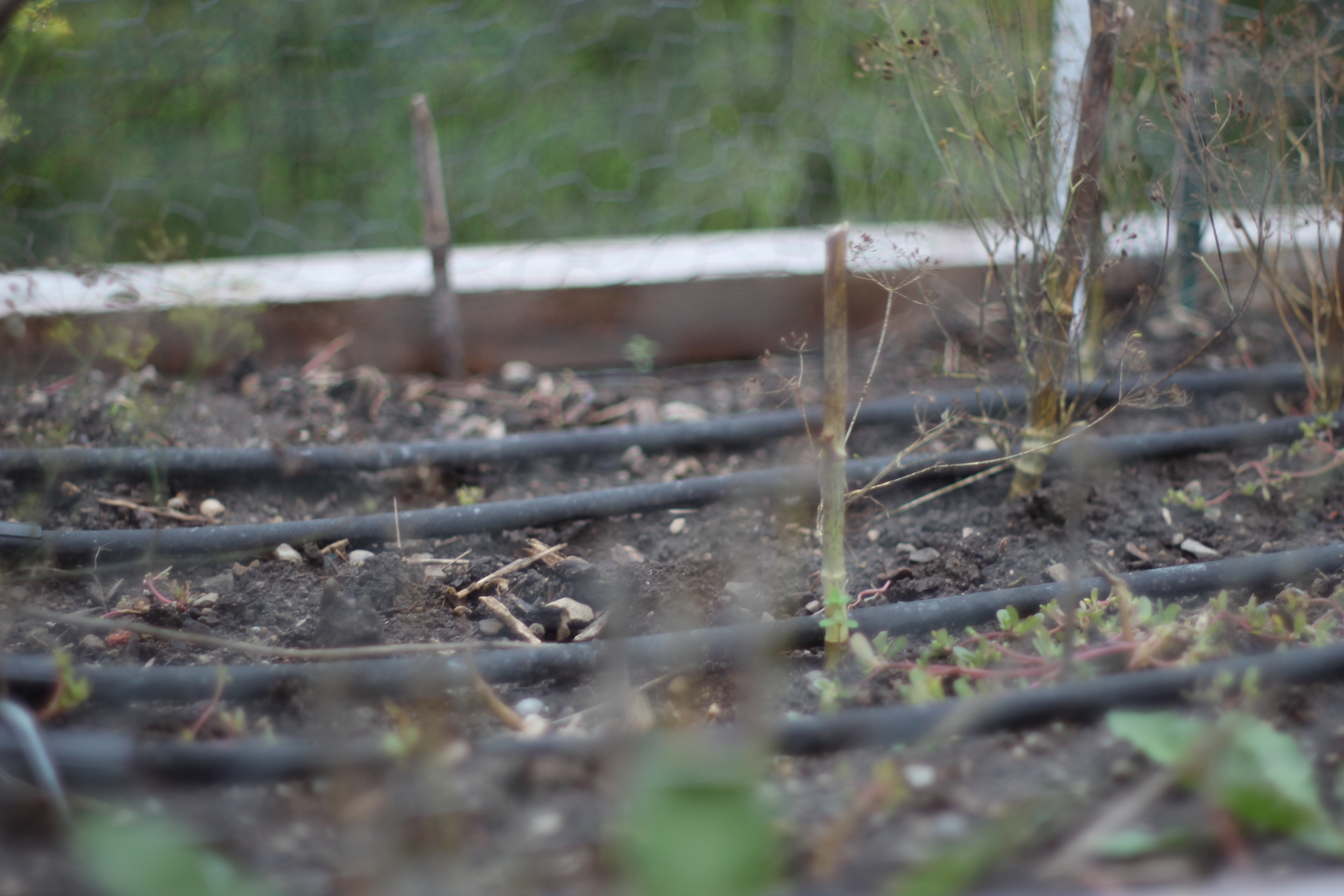 A drip-feeding method saves time, water, and is more effective for the plants’ growth - a win-win-win system that’s been helping the garden since they installed it earlier this year.

New, metal chicken wire has replaced the community garden’s old nylon wire, and it has become much more effective at keeping squirrels and other small animals from nibbling on the plants. 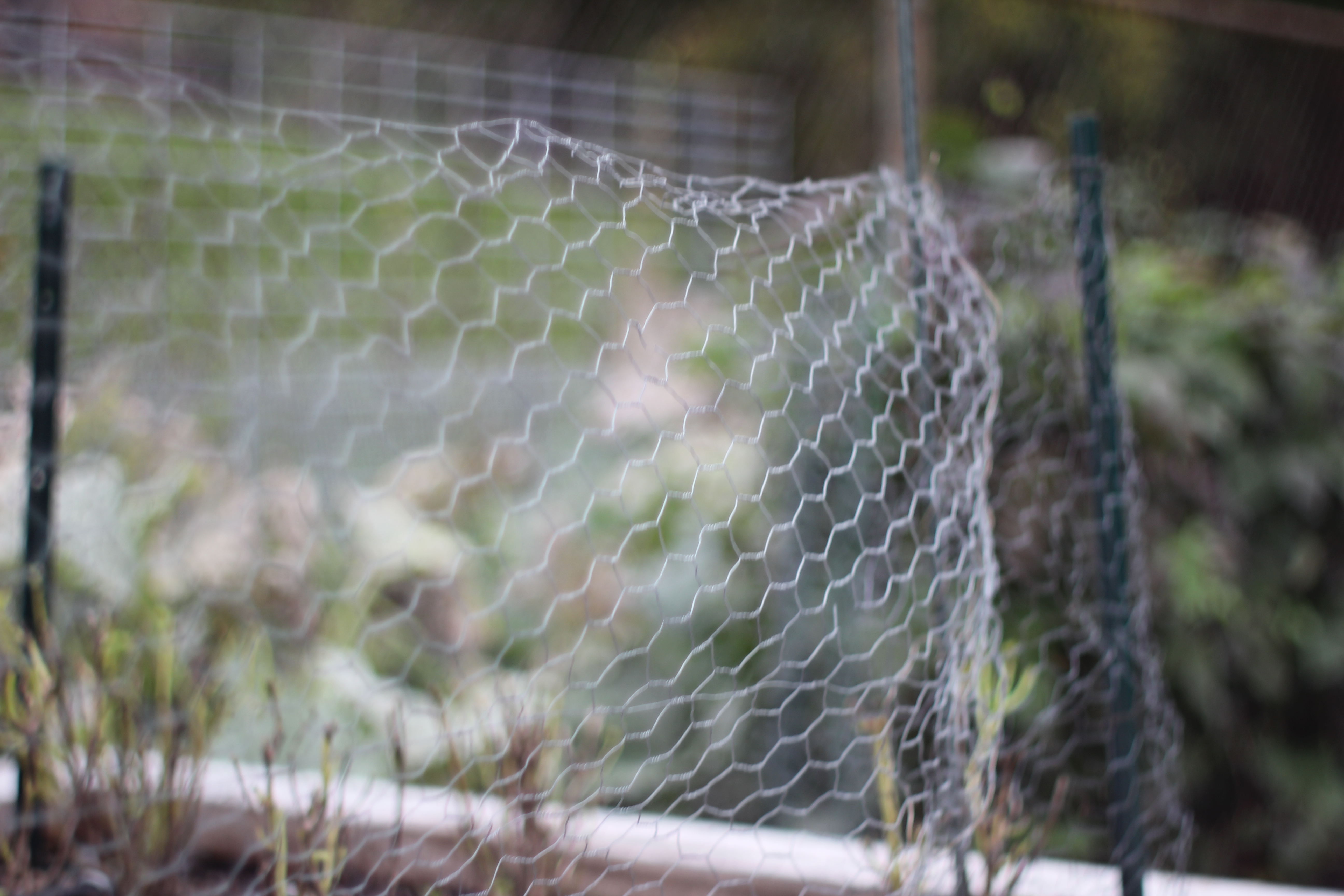 Jill explained how the funding from the GWUAC has been extremely helpful. Indeed, these five renovations to the community garden really brought out the beauty and simple elegance of the space, which I was so inspired by as soon as I arrived.

This garden, although small, is so mighty. Most of the plants are at the back by the parking lot, but some perennial herbs are planted near the front of the church as well. This year, Jill and her crew grew a total of 592 pounds of fresh produce from their plot, including: 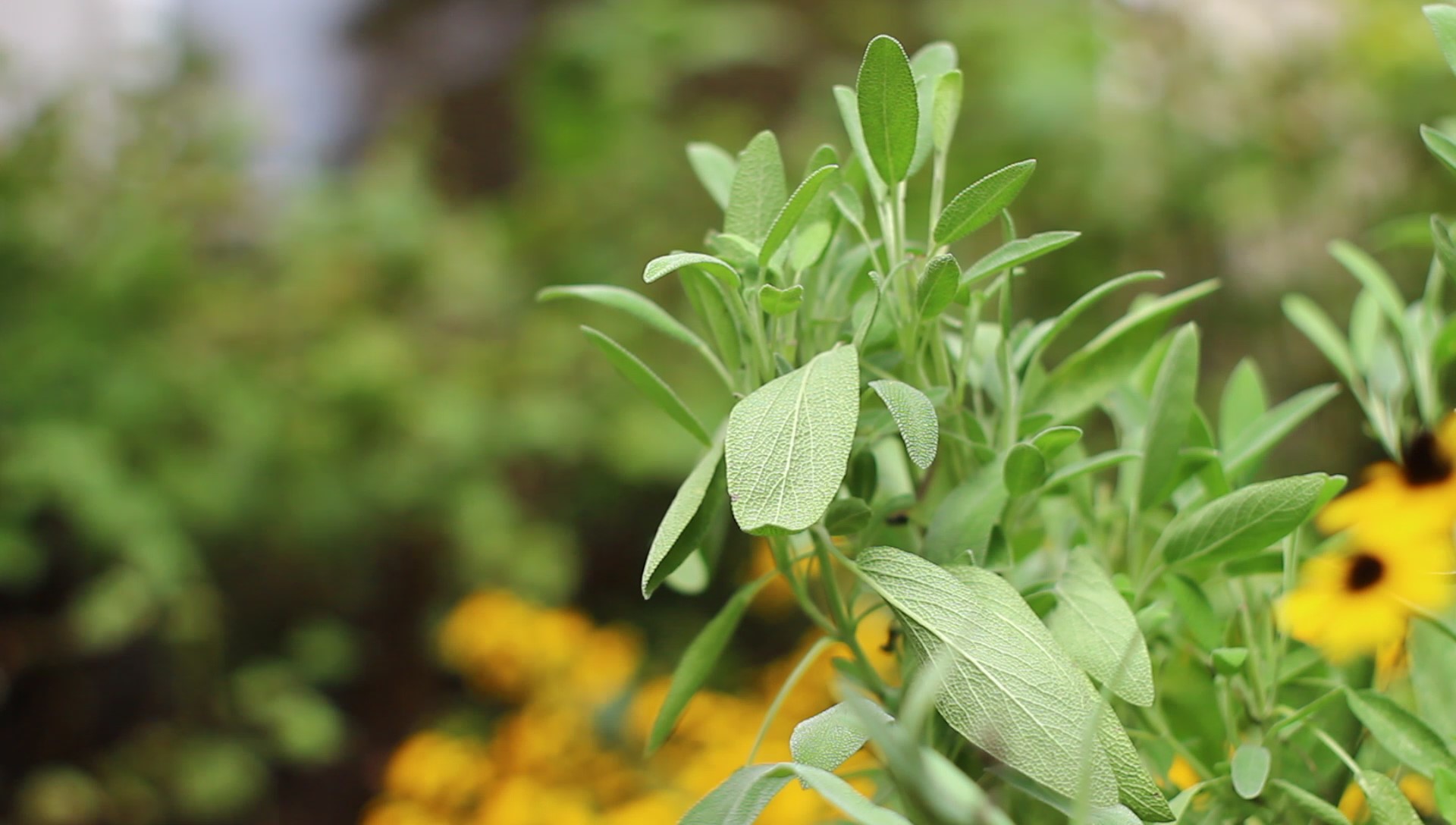 Each week, volunteers come to the garden, harvest the produce, and bring them to Chalmers Community Service Centre where they are distributed to about 300 of their community members each week at no-cost. Chalmers serves anyone who comes through the doors, and any leftover produce goes over to Royal City Mission, an organization in downtown Guelph that has a meal program providing up to 650 meals at no charge to those in need. No food gets wasted!

Apart from their close relationship with Royal City Mission, Harcourt Communal Garden also cultivates engagement with the Royal City Cooperative Preschool and young or intergenerational families at Harcourt Memorial United Church! The children from the preschool and the church help plant the community garden seedlings each spring (although it did not happen this year due to the pandemic), and the community garden provides an experiential learning experience for the children.

I am so in awe of the work that Jill and her team has done at Harcourt Communal Garden with the funding from GWUAC, and how they have used it not only to improve their garden - but to contribute further to a beautiful network of community gardens providing food for those in need. The abundance of produce from the small space is so inspiring, and the impact so empowering. I am so grateful and honoured to have visited this incredible site. 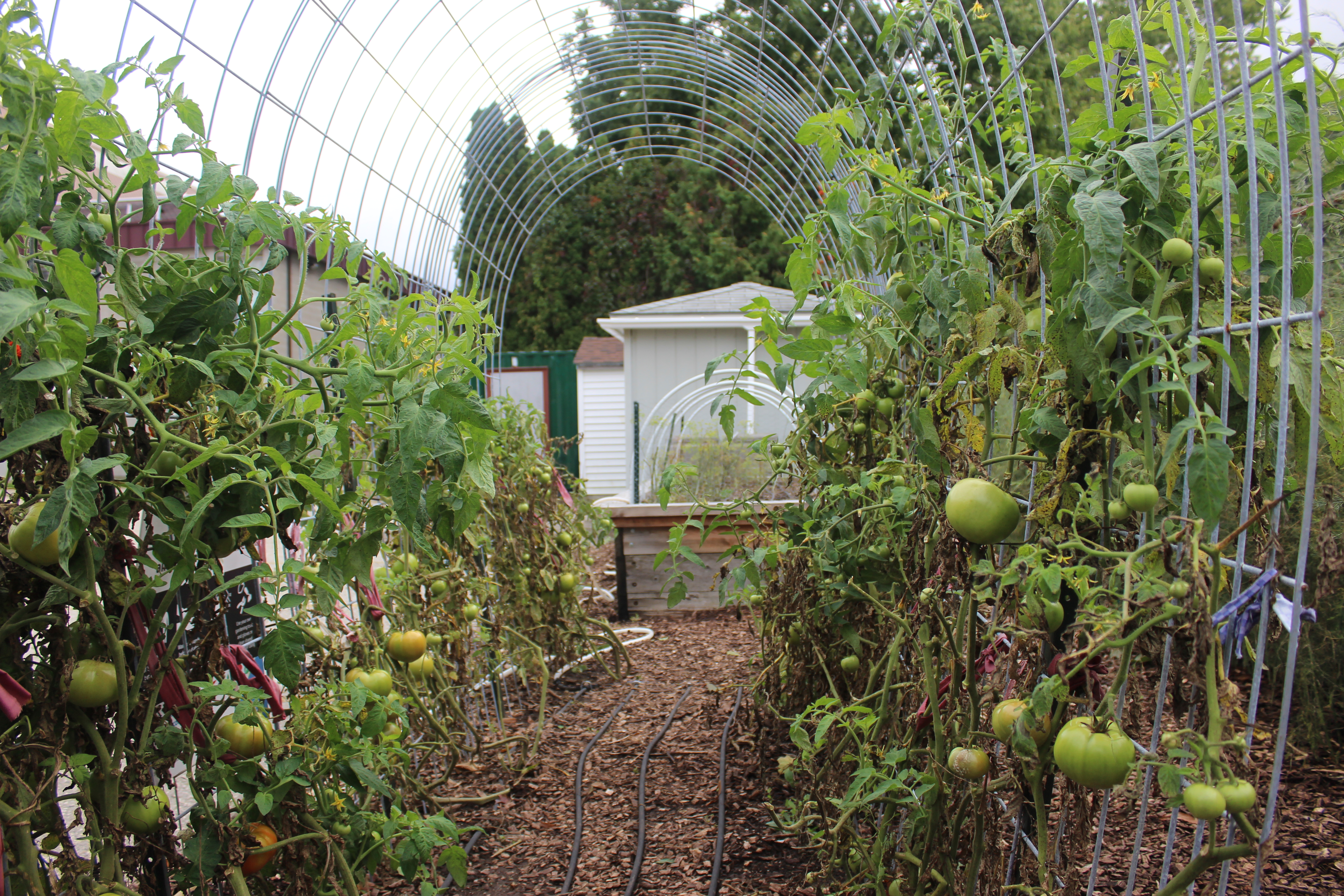 It was undeniably clear that even with limited space and resources, as long as there is passion and perseverance, even a small team can make an enormous impact and achieve so much.

Stay tuned for the next installment in this series of Guelph’s newly-innovated urban agriculture projects (spoiler: I visit the Burns Drive Park Community Garden next)!

This is the first installment within the "Growing Possibilities: Stories from the Guelph-Wellington Urban Agriculture Challenge" series. Future installments of this series can be found here. The next installment is on the story of the Sprout Scouts Community Engagement Initiative at Burns Drive Park Community Garden.