When Bushra Arif’s family was new to Canada about two years ago (2018), they started a planter garden in their basement apartment window. “It got plenty of light so we thought we would give it a try,” says Bushra. “We were amazed how fertile the soil was and how quickly our herbs started to grow.”

So, when she saw the notice on Facebook about the Our Food Future Kids Get Growing gardening kit, she thought her son Muneeb Ahmed was the right kid for the job. “Partially it was for something to do – my son was getting bored after the schools were shut down – but also because he had showed a great interest when we tried it out two years ago.”

Having recently moved into a new place with a large sunny deck, they were able to start a planter garden with the seeds they received in the kit. Tomatoes, carrots, kale, cucumber and herbs were planted in April in various containers. And when they realized they had extra soil, Muneeb put the soil in a bucket, buried 2 potatoes in it and they immediately started to grow. Now the potatoes are the biggest plant.

"I was really surprised how fast it grew. And how big it got!”

They have also planted seeds from lemons and papayas that they bought at the grocery store, using recycled plastic containers to get the seeds started. A friend also had gifted them some dates from the Middle East so they decided to try and grow one of those, too. All have sprouted and are growing well.

According to Muneeb, he is looking forward to eating the cucumbers and the potatoes but is mostly just enjoying watching all the progress of the garden. 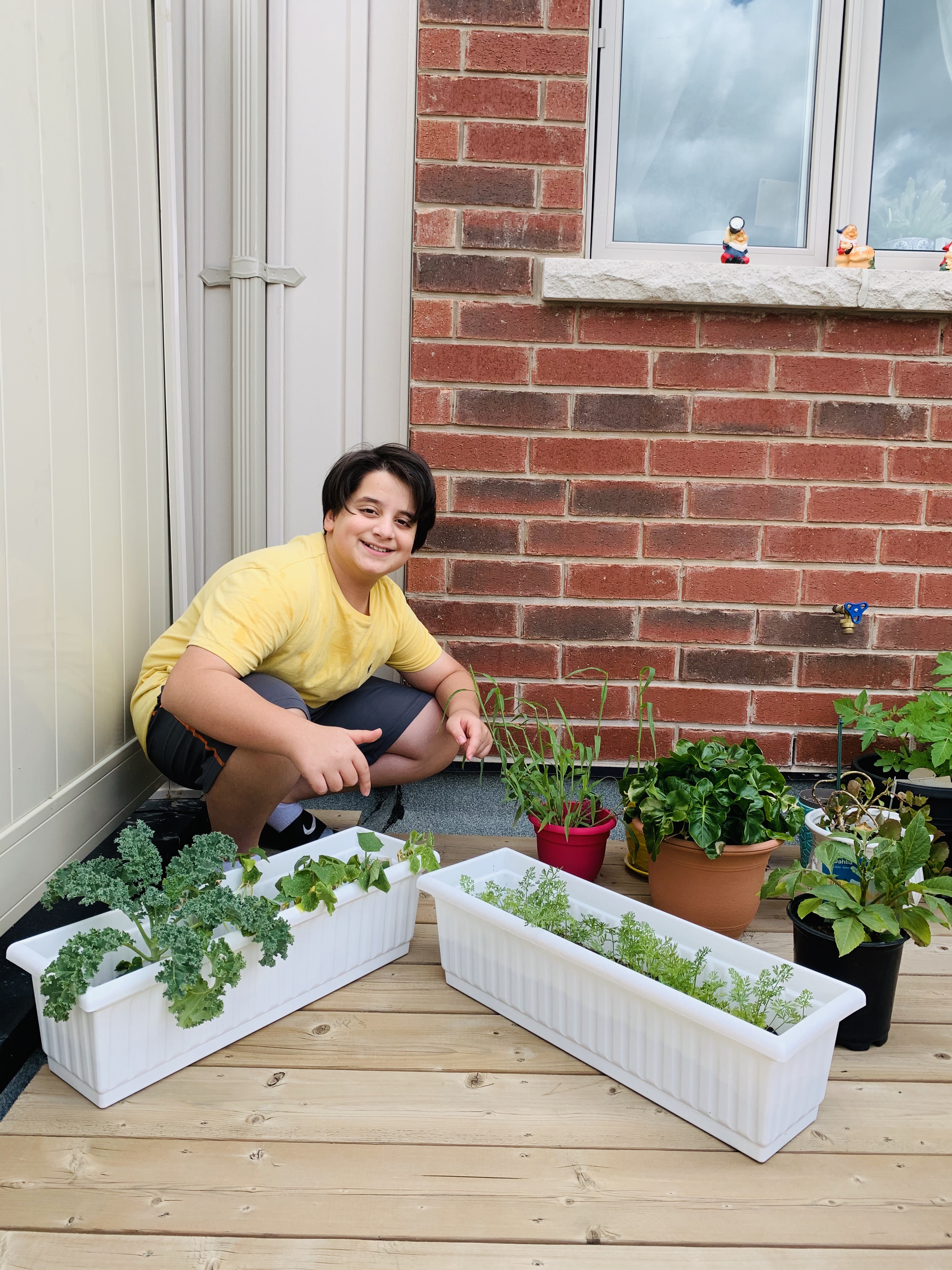 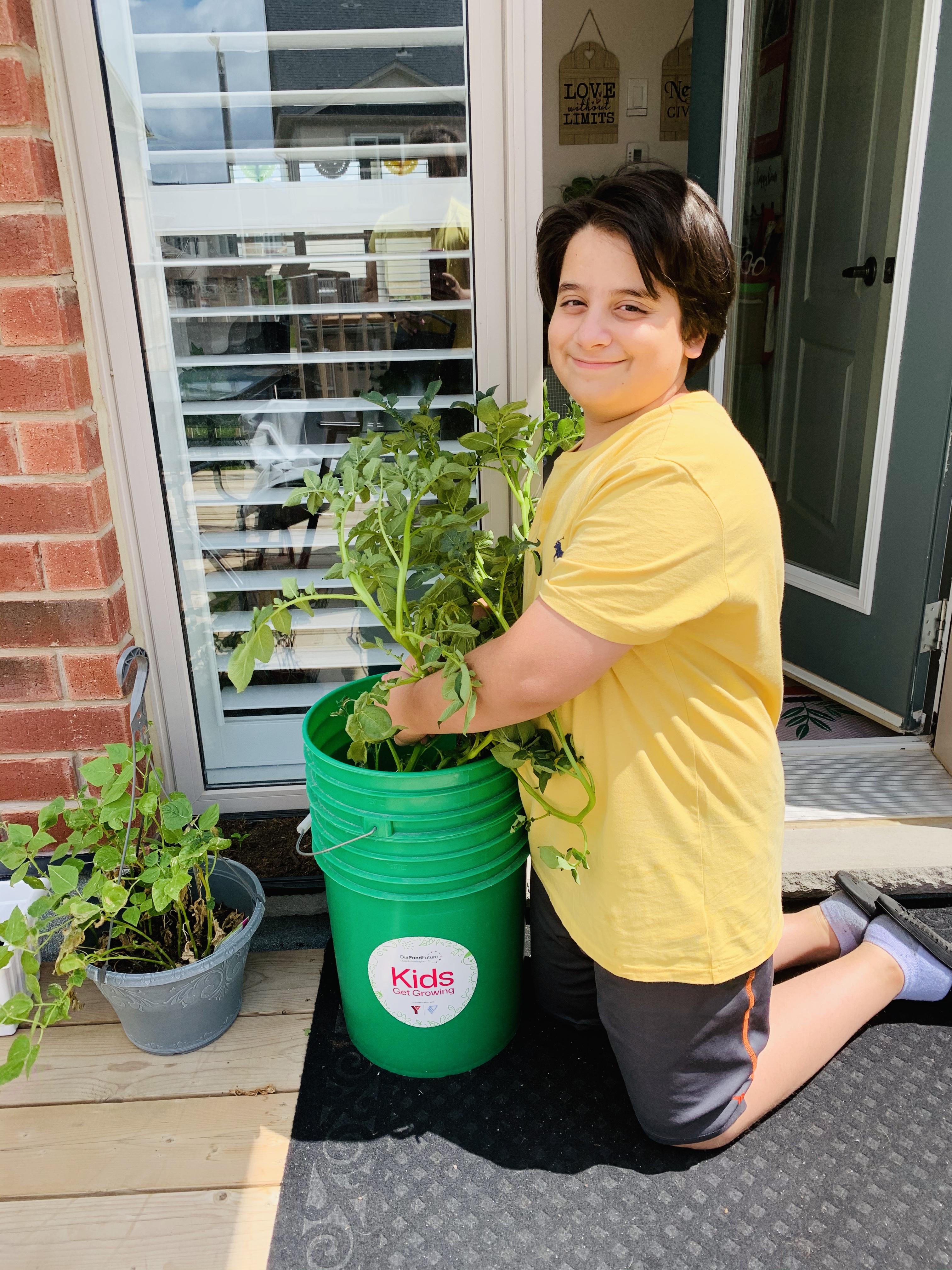 In total, 700 children and youth in Guelph-Wellington signed up for the Kids Get Gardening free at-home gardening kit as part of Grow Back Better: Our Food Future’s new 10-point recovery plan to respond to COVID-19. The Kids Get Growing gardening kits is one of the first initiatives to launch as part of Grow Back Better and is being offered in partnership with the YMCA-YWCA of Guelph.